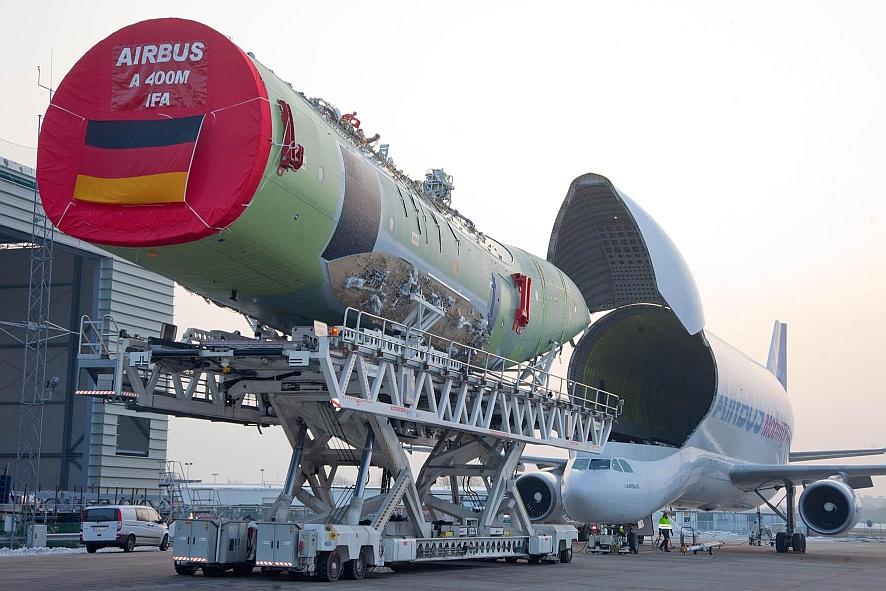 February 2014 – The Airbus Defence and Space A400M final assembly line (FAL) in Seville (Spain) has begun working on the first A400M new generation airlifter for the German Air Force. With the arrival of the fuselage for this aircraft, known as MSN18, all major structures of the first of the 53 A400Ms for Germany are now being assembled in the FAL. The German Air Force will take delivery of its first A400M in November 2014. The photograph shows MSN18 fuselage and nose in the A400M FAL.