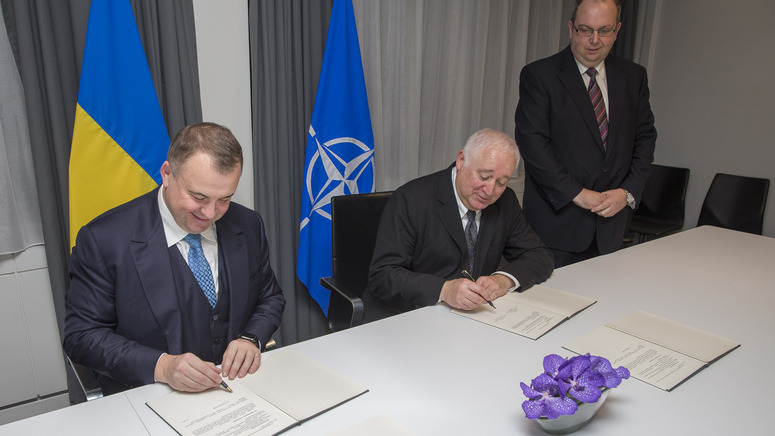 The roadmap sets out key activities to implement the priorities listed in a corresponding Declaration of Intent signed in September 2015. Those priorities include improvement of the capabilities of the Armed Forces; co-operation in standardization and codification; transformation of Ukraine’s defence industry; Ukraine’s participation in NATO’s Smart Defence initiative; deepening co-operation between NATO and Ukraine in defence science and technology; and professional development of the Ukrainian staff involved in defence-technical co-operation with the Alliance.  (…)