Record Narco Subs Catch By The US Military 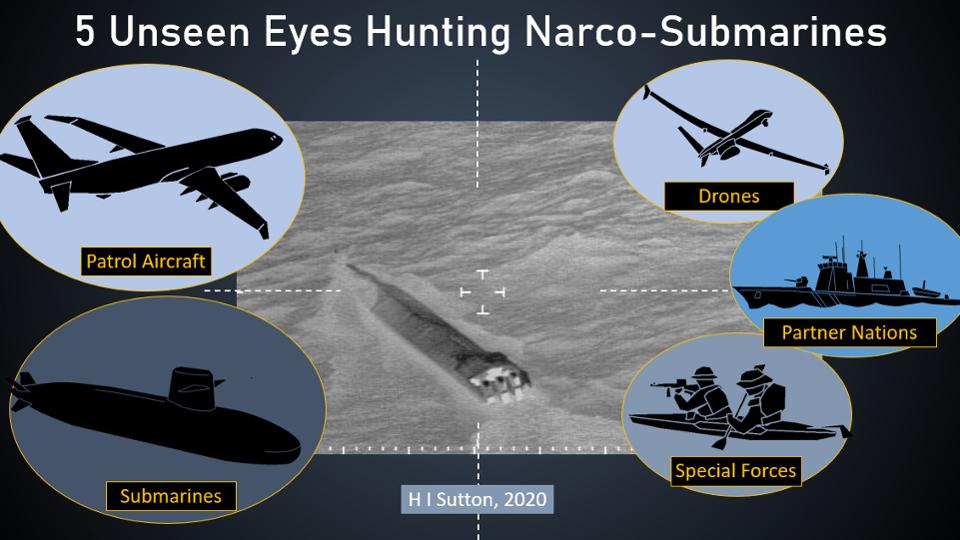 (Source: Popular Mechanics – Kyle Mizokami) – The Ships, Planes, and Submarines Busting the Cartel’s Narco Subs
The U.S. military expanded the search for narco subs, leading to three boats intercepted in four days.
“Narco subs,” low profile vessels designed to smuggle drugs to North America and Europe, have become increasingly common. (…)
The U.S. military scored three high-profile drug busts in May 2020, intercepting a record three drug-laden narco subs in four days. The boats, designed to sit low on the water and avoid detection, were located and tracked by U.S. military hardware that were in many cases designed for big power wars. (…)
Narco subs are difficult to detect, and undersea warfare authority HI Sutton estimates that only “5 to 15 percent” of the boats are intercepted, meaning that 85 to 95 percent of them aren’t.  (…)
Much of this equipment was built not to chase narco subs but detect and destroy enemy submarines. Over at Forbes, Sutton breaks down the different systems SOUTHCOM is bringing to the operation. The P-8A Poseidon maritime patrol aircraft was originally designed to detect ships and submarines, but is also capable of conducting surveillance over a broad area. Submarines can and do participate in the counternarcotics mission. (…)