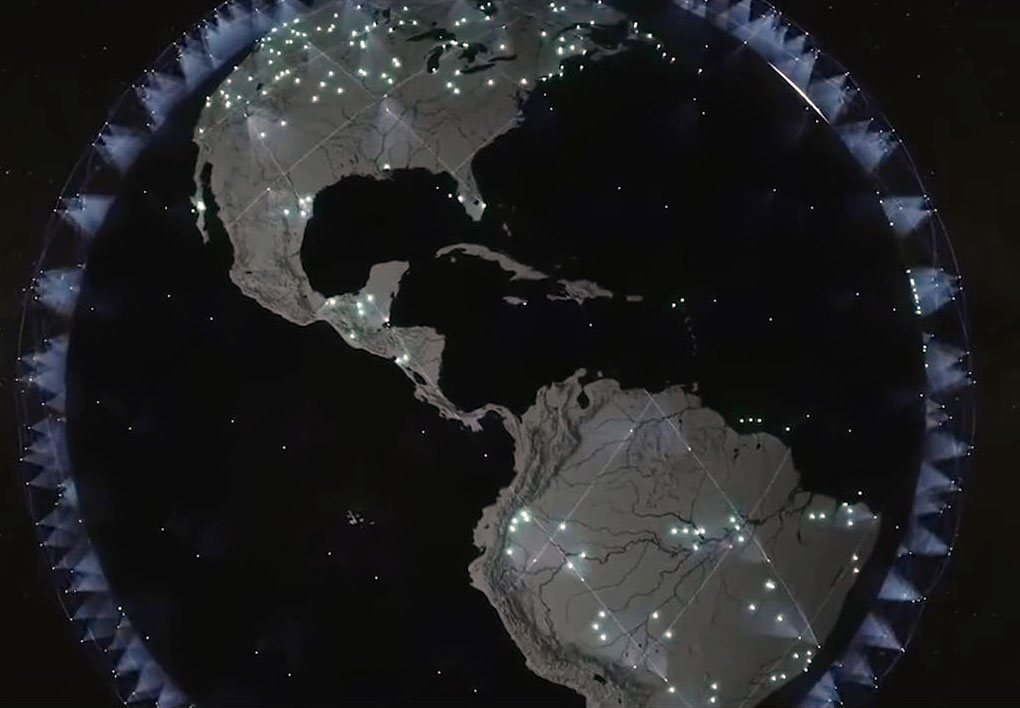 Tectonic Plates Of Change: The Evolution of French Forward-Based Forces in Djibouti (From OPS) By Murielle Delaporte – Djibouti is uniquely located « near a tectonic triple junction, where three tectonic plates meet: African, Arabian and Somali », reads its geological description referring to the Red Sea fault, the Gulf of Aden fault and the Somalian Rift [1].  Similarily, French armed forces based on the territory guarding the Bab El Mandel straight are assigned missions on a triple front: African, Arabian and Somali… French forces stationed in Djibouti are therefore strongly relying on the legacy of decades of presence in the area to tackle new challenges and responsibilities in a unique and rapidly evolving multinational framework.

The FFDj as a support and logistic hub

Initially conceived in 1884 as a supply stop for the French Navy in the context of the Tonkin War, Djibouti’s harbor, which was developed four years later, considerably expanded between the two wars to later become France’s third harbor after Le Havre and Marseille in the 1950’s. Even though today French investment capital is being increasingly replaced by many other foreign countries’, especially Dubaï and China[3], the need to increase maritime security in this area against piracy, as well as against maritime terrorist risks (illustrated by the 2000 attack against the USS Cole) has been granting the French naval base a key support role not only to the benefit of French ships transiting in the area, but also to the benefit of an increasingly large number of foreign ships from all over the world. European, American, but also Asian ships stop by, as port infrastructure keeps developing and national and multilateral counter-piracy initiatives have been booming in the area in the past several years: the European Union NAVFOR-Atalanta and EUCAP Nestor, NATO’s Allied Provider now called Ocean Shield, the US Combine Task Force 151, individual national deployments from countries such as China, India or South Korea.  Even though both Ocean Shield and Atalanta may not be pursued till 2016, as officially planned, since the number of piracy acts has been steadily declining in this part of the world compared to an increase in South East Asia and the Gulf of Guinea[4], Djibouti as a strategic hub has taken a new meaning and has been discovered by new nations. America which came in the aftermath of September 11th, 2001, now outnumbers France, as former French Camp Lemonnier now hosts 5,000 military personnel and 1,000 contractors, while Japan has established its very first overseas base on Djiboutian territory as well. The traditional role of France in the defense of Djibouti makes its military infrastructure especially valuable for nations involved in operations, but also for those developing a logistic footprint of their own. Examples of the support provided on a daily basis by the FFDj to other nations are numerous, such as the hosting of Atalanta’s logistic support Headquarters, i.e. the FHQSA (Force Headquarters Somalia Atalanta) on the French naval base; medical support provided to foreign armed forces on a regular basis thanks to the military health services and facilities (Role 3 hospital) as well as the necessary air transport capabilities (the French Air Force and Army Aviation indeed also operate Puma SAR helicopters and train on-site dedicated search and rescue diver teams); Spanish and German military detachments are deployed on the French airbase; etc… As FAF General Philippe Montocchio, COMFOR FFDj, explains about the Spanish and German military:

« These countries have neither a base, nor the means to rapidly project one, so they benefit from the infrastructure existing on FAF Base 188 (…), where they have established a small Spanish ‘’corner’’ and a German one. In addition to the Americans, the Germans, the Spanish, the Japanese, one can also find in Djibouti Italians and a small Swedish detachment. Compared to all these nations present on the Djiboutian territory, France’s posture is a bit different (…). When the French presence forces are not used in operation, they essentially train to be ready to intervene if need be. Foreign forces stationed in Djibouti, on the other hand, only came here in the framework of an operation (…) and have therefore less time to spend on training. But as soon as a joint training opportunity occurs, we do not hesitate. »[5]

Along with other nations, especially the Americans, French naval and air forces also train the Djiboutian Coast guards and ensure with the Djiboutian armed forces the safety of the maritime access to the harbor, but not only. 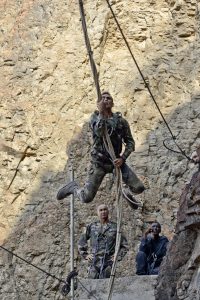 Training the armed forces from Djibouti, Uganda, Burundi and Ethiopia bilaterally or multilaterally is being done in the context of the missions relevant to the French AOR. In addition, the specific characteristics of the environment in Djibouti – extreme temperatures, harsh winds, rough rocky or sandy terrain, very dark nights, etc – intertwined with fewer urban constraints (electric lines; air traffic; etc) have traditionally boosted Djibouti as a privileged training site.  This is true as far as Army and Special Forces training is concerned, as the 5e RIAOM manages a dedicated combat and sustainment training center, called the CECAD (« Centre d’entraînement au combat et d’aguerrissement au désert »or « Ecole du desert » – Desert School), in which bilateral training with the US Marines, the Djiboutian Army and, more recently the Ethiopian Army, routinely takes place. The French knowledge of how to operate in an environment deprived of everything – including water (when it should be stressed that a soldier fighting in Africa needs between 6 to 10 liters a day) – came from Nomadic traditions and has been preserved and updated over the years. Creating a fire with a phone battery, using a specific desert plant to disinfect a water content, recovering water from condensation and keep it a bit less warm with a wet sock… all these are examples of skills and drills being taught to the thousands of troops passing by Djibouti on their way to deployments to battlefields increasingly demanding high levels of autonomy. Every single opportunity to train is being seized sometimes via international competition events, such as the International Concentration for Advanced Sniping (ICASD), which was created twelve years ago by the French « Commandos marine », and was held last October with the participation of French, American and Italian Special Forces.

It is the same as far as the third dimension is concerned, whether on a joint and multilateral basis or solely among various countries’ air forces. For the French Army Aviation as well, Djibouti offers a rather exceptional opportunity to provide what is often the very first encounter of ground troops with the third dimension and practice tactics that are not always feasible back home. As the Commander of the Army Aviation Detachment (DETALAT for « Détachement de l’Aviation légère de l’armée de Terre »), Lieutenant-Colonel Moreau de Bellaing highlights :

« Djibouti presents an environment, which is especially privileged to train for the missions for which Army Aviation and our armed forces in general must be prepared. Whether it is precision airdrop, tactical flight, flying with night vision goggles, fast-roping exercises, ship- or dust-landing, prevailing conditions allow us to constantly improve our techniques with more security than on the mainland and while optimizing all available permanent or temporary means. »[6]

Having a sample of the full spectrum of French armed forces at disposition  – with all its components Air, Ground, Sea, Special Forces, but also combatant support (medical, maintenance, food, fuel, etc), communication and infrastructure – is what French military officers pre-positioned in Djibouti especially value. With the end of the military conscription in 1998, the structure of the French troops evolved considerably with fewer long-term deployment (usually three years) and an increasingly larger number of short-term missions (four months): only a third of the 5e RIAOM is now composed of long-term personnel, but commanders, such as Colonel Jean-Bruno Despouys, Commanding Officer of the 5e RIAOM and commander of the joint tactical group « GTIA Scorpion » during Sangaris, stress that it is a good balance and enough to maintain the legacy and know-how acquired over more than a century in this part of the world, while benefitting from state-of-the art new tactics brought in by young trainees arriving from the mainland ready to be deployed anywhere in the world from Djibouti[7].

Djibouti has been the chosen ground to train troops prior to their deployment to Afghanistan, and now to the Barkhane operation in the Sahel area. The FFDj have therefore been constantly adapting to shifting threats by applying lessons learned and training even harder than one fight… It has proven effective in the past years given the evolution of current conflicts: whether during the Harmattan operation, French participation to the 2011 NATO air strikes over Libya, during which helicopter pilots had to manoeuver in the typical African dark moonless nights, or during Serval in Mali which climate and terrain conditions are very similar to Djibouti, or more recently Sangaris in the Central African Republic.

As Lieutenant-Colonel Gabriel Soubrier, in charge of the BOI for « Bureau opérations instruction » – Operations Instruction Division – for the 5e RIAOM, notes about his regiment, the very last French one prepositioned in the Horn of Africa and the « heir of 123 years of nomadic traditions »:

«[it is] strongly anchored in its environment, integrated in Djibouti – which constitutes its starting base -, and oriented towards operations thanks to military tools which are robust, light and able to manoeuver over long distances. We are fully dedicated to projection, which is our “raison d’être” and our calling. »[8]

The vocabulary is being internationalized from “starting base” to FOB, from “projection” back to expeditionary forces, but the concept remains intact: the 5e RIAOM has been deployed from or in Djibouti to participate to 14 operations since 1991.

Even though smaller and smaller in its overall format, presence and economic influence, what is indeed now referred to as France’s « Forward operational base – East Africa » has been constantly adapting to an evolving international environment and appears well suited to face the current tectonic changes of the threat. The same way the construction of Djibouti’s deep water harbor – and subsequent related prosperity – stemmed from an unfortunate event, i.e. a blaze on the « Messagerie Maritime » steamship Fontainebleau in 1926[9], a new promising era of enhanced joint multilateral cooperation seems to have emerged from the ashes of Terror and Piracy in the region.

*** A version of this article has been published by the Canadian bi-monthly defense publication Frontline Defence. It is based in part on interviews conducted last November with French and US military forces based in Djibouti.

[2] A French medical detachment was deployed from Djibouti to Jordania-based Zaatari Camp to support the Syrian refugees fleeing the war (see for instance: http://www.defense.gouv.fr/operations/actualites/jordanie-releve-du-mandat-6-de-l-operation-tamour).

On the evolving economic landscape of Djibouti, see:

On Islamic banking, see for instance:

[9] The story goes as follows:
« The Fontainebleau, a ‘’Messagerie Maritime” steamship , sailed into Djibouti carrying cotton bound for China. On July 12, a blaze broke out on board. Firefighters flooded the cargo holds trying to put out the conflagration. The ship rolled over on its side in the middle of the harbor, posing a serious threat to navigation. The idea arose of using the Fontainebleau as man-made promontory for a new deep-water port and building a 700-meter-long jetty connecting the ship to the Marabout Plateau. Construction got underway in 1931 ( …). » (Cf: Christian d’Alayer, ibid, pages 48 and 49)