Afghan Armed and Security Forces: 70% Increase In Casualties So Far In 2015 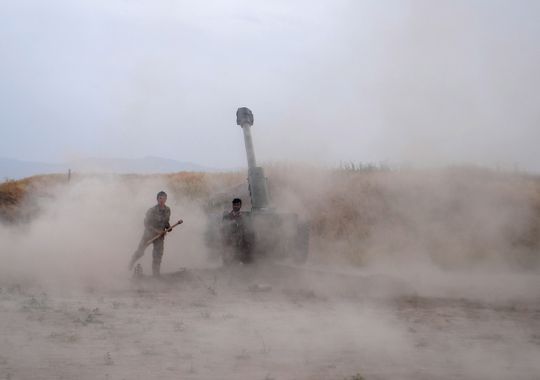 (USA Today) –   largely without the benefit of U.S. air power and other international military support they had come to rely on in the past, U.S. and Afghan officials said.

The number of Afghans in the police and army killed or wounded has increased 70% in the first 15 weeks of 2015, compared to the same period last year, the officials said. The casualties have averaged about 330 a week (…).

Ulumi said the Taliban remain in small groups and are unable to mass in large formations that would threaten Afghanistan’s conventional army forces. But their lethal strikes underscore the rebels’ tenacity to wage war against the U.S.-backed government here and wait out the full withdrawal of foreign troops.

The foreign coalition changed its mission this year from combat to advising and assisting Afghan forces. That has reduced the presence of American personnel to just under 10,000. After 2016, the number of U.S. troops will be cut to a small contingent attached to the U.S. Embassy, according to White House plans. (…)