By Murielle Delaporte  –  A version of this article has been previously published in Breaking Defense >>> https://breakingdefense.com/2021/02/a-new-african-counter-terrorism-strategy-an-opportunity-for-biden-administration/

It is of course a bit early to predict the course of action the new U.S. Administration is going to adopt regarding Africa in general, and regarding the fight against terror groups or what is being referred to nowadays as VEOs or Violent Extremist Organizations in that part of the world in particular. It is however possible to highlight some potential trends based on the Biden-Harris team campaign and its first weeks in action, as well as the current geopolitical environment.

Something Old, Something New
The first obvious trend is a change of tone and attitude regarding multilateralism and especially the role of the United Nations. A second one is the return of diplomacy via the revival of relations ‘’with African governments and regional institutions, including the African Union’’, as well as the staffing of the U.S. government with ‘’African diaspora professionals’’ and the return to President Obama’s Young African Leaders Initiative, as stated in the Biden-Harris electoral platform. Another priority will of course be to promote prosperity on a continent, which population is to represent one fourth of the world’s manpower in thirty years with a doubling of its population by 2050, out of which half will be under twenty-five. The assumption is that the Biden administration will rely on some of the toolset inherited from its predecessor, among which Prosper Africa and BUILD (Better Utilization of Investments Leading to Development) meant to strengthen investments in Africa, as well as existing agreements such as the latest African Continental Free Trade Area (AfCFTA), which just entered into force on January 1st. However, one might expect a green approach to the development of sustainable growth as climate change largely affects the African continent, and especially the Sahel region.

Such a mixt of the old and the new is probably what to expect also on the security front with contradictory pulls influencing Washington decision-making process: old threats i.e. the persistence of terrorist attacks fomented by the usual suspects Al Qaida and Daesch, new threats i.e. the increased presence of so-called peer competitors in that part of the world more than eager to fill potential vacuums.

Given the financial constraints caused by Covid and given the multiple competing demands on the international chessboard the Biden team must play on, the range of challenges may be so high that it may force the latter to think anew. One way to do so would be to favor the most result-based approaches. On the issue of fighting terrorism in Africa, the US military have been conducting military exercises, trained, advised, equipped, concluded bilateral arrangements, and supported their African counterparts with air assets, logistics, special forces and ISR. Such approaches do work and are all aiming at increasing the self-reliance and autonomy of the African armed forces they partner with. Now may not be the time to give up on these commitments as the fruit of such strong ties is definitely ripening.

In Sahel, the jihadism is an opportunistic disease settled in a sick body
Sahel is among the worst nightmares for any counter-terrorist expert and planner. It feels like the old saying of getting rid of an enemy through the door before it comes back – regenerated or under a different form – via the window…. In some ways the level of danger and violence resembles the early 2000’s with the same type of alliances between the Touaregs of Northern Mali and Al Qaida terror groups which triggered the Malian government to request Paris help to roll back the Islamist threat : that was the Serval operation in 2013 , which then became Barkhane in 2014 in order to enhance regional stability among the newly created G5 Sahel group which gathers in addition to Mali, its neighbors Niger and Burkina Fasso, as well as Mauritania and Chad on each side.

Since 2013 a myriad of organizations and countries have been acting like fairy godmothers providing financial help for development and military support to fight violence, and the number is still growing as more European partners’ special forces are in the process of joining the recently created Takuba Task Force. The US-supported French-lead Barkhane operation has been successful in containing the Jihadist threat, but has not been able to fully eradicate it, as the negative spiral between terrorist attacks and the resulting increased poverty and migrations keep feeding each other. The real origin of this centuries-old regional chaos has indeed mostly to do with the immensity and the harshness of the territory, making it difficult for any state authority to settle and provide governance, food, jobs, as well as education. Terror groups come and go constantly adapting to the security posture and regenerating while living on the multiple traffics the geography allows (humans, drugs, arms, etc).

Figures of increased attacks and civilians’ deaths would be enough to discourage any attempt to go on and try to get rid of a few thousands agile and deadly fighters bringing hell on a daily basis to terrorized populations. However, they mask another reality on the ground, which is the breakthrough of having the G5 countries recognizing they have to unite to fight their common enemies. If bilateral or trilateral mixed patrols between Sahelian countries and Barkhane, as well as with Niger-based US forces, have been existing since the Serval aftermath, the concept of an all-African regional military coordination allowing the conduct of operations is rather new and tailored to deal precisely with jihadist groups grafting themselves on the misery of populations caught in the middle of multiple and multiform strifes.

The G5 Joint Force In Sahel : a Promising Case Study
Born in 2017 out of lessons learned from the Multinational Joint Task Force (a combined multinational formation comprising units from Benin, Cameroon, Chad, Niger, and Nigeria to fight Boko Haram) as well as other similar experiences (Somalia), the G5 Joint Force in Sahel (or FC-G5S for “Force conjointe du G5 Sahel’’) was meant in its current Commander (COMANFOR), general Oumarou Namata Gazama’s words, ‘’to respond to the regional nature of the threat and to fill the transborder security gap in order to accompany the G5 Sahel in carrying on with its credo : Security and Development’’.

If everyone is aware that each leg of the latter goes hand in hand, the right recipe still remains to be found especially in such a complex environment, where ‘’winning the hearts and minds” of the population is more crucial than ever. The approach has therefore consisted in countering the spillover of terror groups between Mali, Niger and Burkina Faso in the area known as ‘’the three borders’’, since, before 2017 none of the armed forces of these countries was allowed to pursue their enemies in the neighbor’s territory. The terrorists groups took advantage of such a weakness to spread and hide before regrouping. But now the G5 Joint Force can operate in three 200-kms sectors (it used to be only 100 kms and the area of operation keeps increasing, which is a sign of the existing virtual circle between success and confidence).

After a false start caused by a deadly attack on their headquarters in Central Mali in 2018, the G5 Joint Force in Sahel has been generating and training its forces (currently comprised of 7 battalions and a total of 4,000 men). Stressing the fact that ‘”each G5 country spends between 15 to 30% of its budget for defense’’, the COMANFOR – a charismatic and federating figure whose one-year mandate has been exceptionally extended for another year – acknowledges the difficulty to consolidate in the long-term any short-term success given the nature and the size of the terrain (450mi x 100mi), but he is determined to enhance the operationalization of his force.

These successes have been evident last year as, thanks to a joint command post gathering not only the three African countries, but also French and US military officers in Niamey, Niger, wide-ranging operations were able to be planned and coordinated with others led by national armed forces, the Barkhane Force, but also the United Nations Multidimensional Integrated Stabilization Mission in Mali initiated since 2013 (MINUSMA). As an example of the typical multilateral cooperation that goes on on the ground on a regular basis, a recent major operation meant to control a 300-mile wide specific area of the theater involved 3,000 troops, half of which originating from Mali and Niger. This operation was also not only supported by US, British and Danish air and ISR assets, but also (and for the very first time) by French and Estonian special forces from the Takuba Task Force were operating along with units from Mali and Niger as well.

The Biden Administration could back the efforts of the G5 Joint Force in Sahel as an example of African appropriation, as well as how Western and African forces can work together to not only contain, but contribute to eradicate terrorist violence and control illegal trafficking in the region. Western boots on the ground would simply be another endless war, but ending Western engagement would only fuel terrorism in Africa, Europe and beyond. As the new U.S. Administration reviews its military footprint under general Lloyd Austin supervision the lessons learned from relying on local forces who have the best knowledge of the contingencies they are facing on their territories should be brought to light. Supporting a toolset such as the G5 Joint Force in Sahel constitutes in that sense a genuine springboard for future transnational stability, accountability and peace, as its main focus is cross-border operations coordination, which is key to fight the terrorist groups’ current strategy. 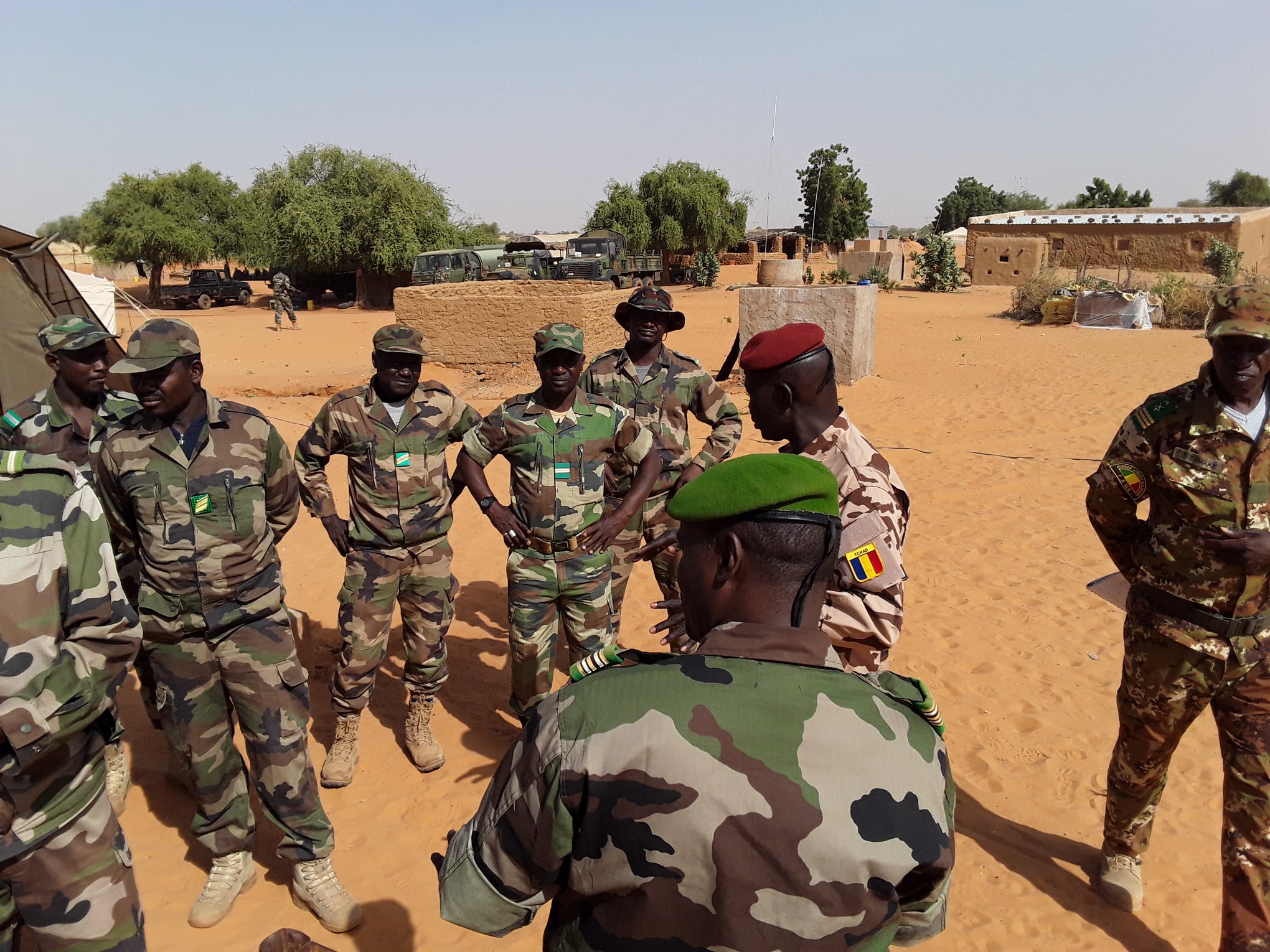 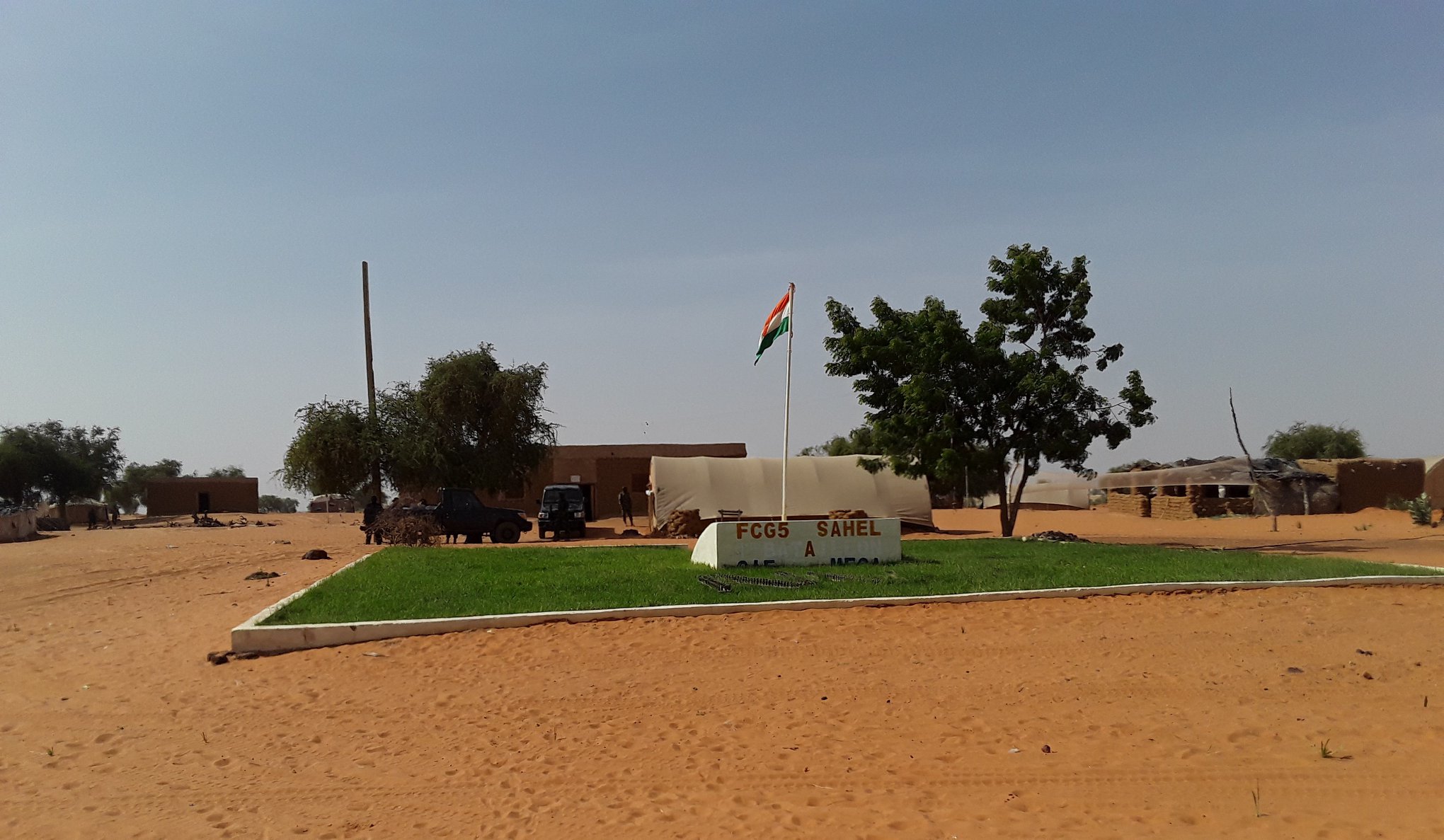 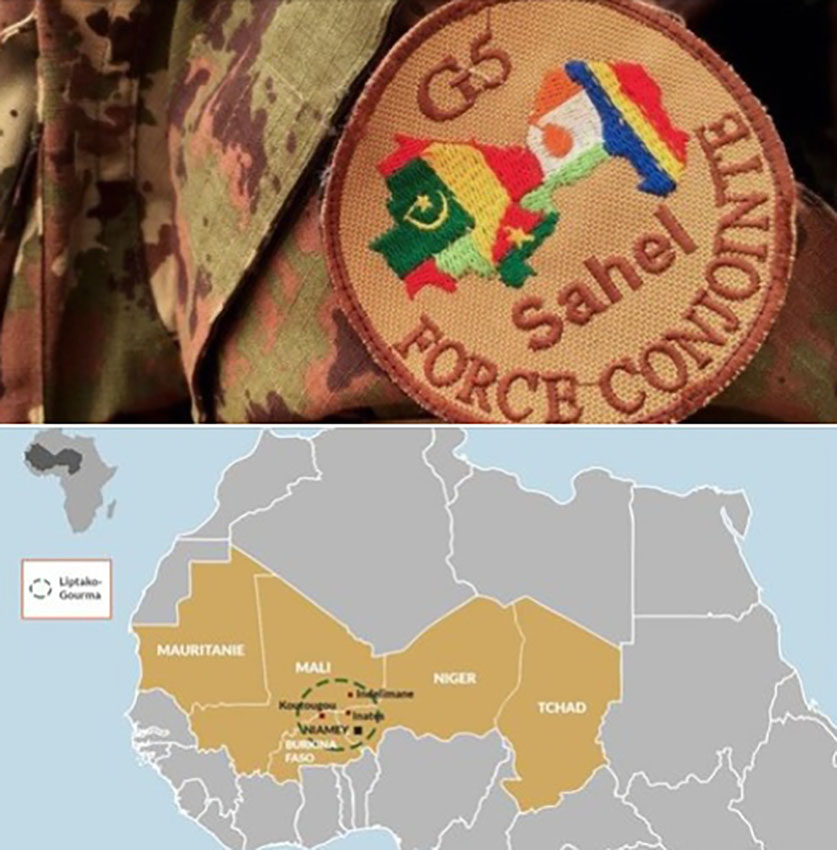