Recent tests have seen progress for two key elements of the evolving missile defense system deployed by the United States and key allies. The first set of tests involve key elements for the new Ground Based Interceptor to be deployed in Alaska. Last week, the U.S. Missile Defense Agency (MDA) successfully destroyed a dummy warhead in the exosphere (more than 500 kilometers above the earth’s surface) over the Pacific Ocean in Flight Test Ground (FTG)-06b, confirming that a joint government-industry team had overcome the problems that led to failures of the latest variant of the U.S. Exoatmospheric Kill Vehicle (EKV) “kill vehicle” in previous tests conducted in 2010.

In addition to hitting the target, the test met such other goals as sustaining a long flight time and achieving high-velocity closing speeds.

On the afternoon of June 22, the MDA launched a 14-meter simulated ground-launched LV-2 intermediate-range ballistic missile target made by Lockheed Martin Corp from the Army’s Ronald Reagan Ballistic Missile Defense Test Site on Kwajalein Atoll, part of the Marshall Islands.

Northrop Grumman Corp oversaw the effort to integrate data from many sensors based on ships (including the Boeing-developed Sea-based X-band Radar and the Aegis Army Navy Joint Electronics naval (AN/SPY-1) radar, developed by Lockheed Martin and Raytheon, on a warship near the Marshall Islands) in space, and from other sources to allow the MDA to track the target and plot an intercept solution for the EKV.

After separating from the booster rocket at a speed of over Mach 20, the unarmed kill vehicle homed in on the target, then flying at about 4 miles per second, using its heat signature and destroyed the target through the kinetic energy released by the impact of the collision in a “hit-to-kill” operation.

This successful test, along with the successful January 2013 non-intercept flight test of the 1.5-meter long EKV that confirmed progress in overcoming problems experienced in the earlier tests of 2010, should give the Obama administration the confirmation it needs to execute its March 2013 decision deploy a 14 additional Ground-Based Mid-Course Interceptors (GBIs) in silos at Fort Greely, Alaska by 2017.

These new GBIs would augment the 26 interceptors already deployed (four more are at Vandenberg AFB and the MDA has a few spare GBIs for testing and replacement).

The administration had delayed implementing this decision pending validation that the Capability Enhancement-II (CE-II) variant of the EKV had overcome its earlier difficulties, which included a faulty inertial navigation unit, susceptibility to high-speed vibrations, and quality problems with sub-contractors.

The GBIs are the core component of the Ground-Based Midcourse Defense (GMD) system, the sole element of the U.S. Ballistic Missile Defense System (BMDS) designed to protect the U.S. homeland against long-range ballistic missiles launched from North Korea, Iran, or other rogue states that might acquire a few WMD-armed intercontinental-range ballistic missiles or manage to place shorter-range systems in the Northern Hemisphere, such as on a ship in the Atlantic Ocean).

The GMD consists of command-and-control facilities, a communications terminal, and a 20,000-mile fiber-optic communications network that link with BMD sensors.

The Mulit-Layer BMD System: The Aegis, SM-3, Patriot and THAAD

Although their mixed test record should make one pause about relying on them alone to protect North America from long-range ballistic missile strikes, the United States has fortunately been developing a multi-layer BMD system, which also includes the Terminal High Altitude Area Defense (THAAD) system, the PATRIOT Advanced Capability-3 (PAC-3) system, and various versions of the Standard Missile (SM)-3 interceptors BMDS.

The MDA’s partners include the U.S. Air Force 30th Space Wing, the Joint Functional Component Command, Integrated Missile Defense, the U.S. Northern Command, and the U.S. Navy and Army, as well as a few foreign countries.

In addition to the infrequent GBI tests, the MDA and its partners have conducted a series of tests in the past year that confirm the growing capabilities of the SM-3 interceptor, launched from warships having advanced Aegis BMDS battle management radars, to hit a variety of targets under various conditions.

The Aegis/SM-3 combination is being deployed on many naval platforms, and is being developed as a land-based system as well.

Last September, the MDA detected, tracked, and intercepted two medium-range ballistic missiles that were flying simultaneously over the Pacific Ocean.

An Army Navy/Transportable Radar Surveillance and Control (AN/TPY-2) radar detected the two launches and then helped an Aegis warship track the missile’s flight path using its on-board AN/SPY-1 radar and then launch a SM-3 Block 1A interceptor that hit one target. Meanwhile, another AN/TPY-2 radar supporting THAAD system missiles monitored the targets so that the THAAD could launch an interceptor to destroy the other target.

The test demonstrated the ability of THAAD and AN/TPY-2 (a billboard-size, high-resolution mobile X-band mounted on a truck chassis capable of providing long-range acquisition, precision track, and discrimination of short-, medium- and intermediate-range ballistic missiles) to work effectively with the longer-range Aegis technology to provide a layered missile defense framework against multiple missile threats.

Later that month, the MDA used the ship-based Aegis BMD system to intercept a separating short-range ballistic missile target in outer space, its highest intercept ever.

The MDA said that the separating missile, “was the most difficult target engaged to date.”

The success allowed commanders to expand the area the Aegis/SM-3 system can protect.

A U.S. warship employed its onboard AN/SPY-1 radar to track the missile and then launched two SM-3 Block IBs to intercept it, the first instance a U.S. Navy ship has launched two SM-3 interceptors at once—something that might happen often in combat since it raises the probability of hitting a target.

The Aegis and SM-3 Block IB systems proved able to “discriminate” the warhead from the surrounding missile debris. This Flight Test-Standard Missile-22 (FTM-22) was the 28th successful intercept in 34 flight test attempts for the Aegis BMD program since flight testing began in 2002.

All SM-3 guided missiles use Aerojet Rocketdyne-produced MK 72 boosters and MK 104 dual-thrust rocket motors for first- and second-stage propulsion of their warheads, which destroy their targets through the kinetic force of the impact (equivalent of a 10-ton truck traveling at 600 mph).

The SM-3 Block IB under development has an enhanced two-color infrared seeker, an improved throttleable divert and attitude control system for more precise propulsion, and a more advanced signal processor to take advantage of the new capabilities of the upgraded Aegis.

The even more advanced SM-3 Block IIA version, planned for deployment around 2018, will have larger rocket motors and more rocket fuel, permitting the interceptor to achieve a greater maximum velocity, a longer flight time, and a greater distance than that of the SM-3 Block IA and IB versions. It could also carry a larger-diameter kinetic warhead and defend a larger geographic area. The initial SM-3 Block IIA flight test is scheduled for 2015, with a transition for full production around 2018.

The Aegis/SN-3 Block IB and then Block IIA combination could supplement the GBIs pending the development of a more capable next-generation kill vehicle, which might require a decade to fully develop, test, and deploy in large numbers. 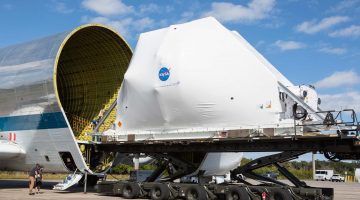