There are all sorts of applications for 3D printing in the military, from a submarine hull and a trauma simulator to missile components and surveillance drones. Recently, Rhet McNeal, a 26-year-old Corporal in the US Marine Corps (USMC), noticed some issues with the hand-launched fixed-wing drones, the RQ-11 Raven and RQ-12 Wasp III, that the Marines use. The small drones are usually equipped with light payloads, such as cameras for field surveillance, but they’re so expensive that most Marines aren’t authorized to fly them; it doesn’t help that the drones can be tough to launch. So McNeal decided to do something about it, and turned to 3D printing to get his ideas – and the drones – off the ground.
Innovation Challenge Lead Jennifer Walsh at the USMC headquarters in Washington D.C. said, “The Marines have always been pushing innovation and have always had that forward-thinking mentality.” (…)

The goal of the USMC’s Next Generation Logistics Innovation group, or NexLog, is for the people who actually use the products in the military to push through innovation. NexLog was established in 2015, in order to advocate for the use of emerging technologies like 3D printing on the front lines of the military, and to give Marines the ability to come up with solutions to the problems that affect their environment. The group focuses on three thrust areas: Additive Manufacturing (AM), Unmanned Logistics Systems (ULS), and Smart Logistics.
Over the last few years, we’ve seen all branches of the US military, including the Marines, realize the many possibilities and innovations, both big and small, that 3D printing opens up, including the benefits of having 3D printers in combat zones; there have even been some 3D printing labs and hubs set up to help servicemen and women fully realize what the technology is capable of.
While Raven and Wasp drones are not terribly expensive as far as military standards, each respective unit still costs $35,000 and $49,000, and they require ground control systems that can cost upwards of $100,000. If one crashes, the USMC is looking at some costly repairs. McNeal, who has a Bachelors Degree in Aerospace Engineering from Georgia Tech, thought he would be able to make a 3D printed drone that had the same surveillance capabilities for far less. (…)

McNeal, effectively the team leader of the Scout project, said, “Every Marine has an assault pack that’s standard issue. I made my drone so it can snap apart into four parts and can fit into the pack. For somebody that has never messed with it before, it takes about two and a half minutes to assemble.”
An entire Wasp drone system costs roughly $250,000 once all is said and done. But using 3D printer resin, off-the-shelf electronics, and the iPhone app Q Ground Control, the Scout drone system (1 control system, 2 drones) can be built for just $613 – less than 0.5% of the Wasp system. (…) 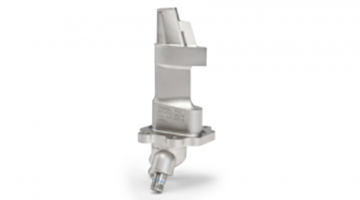 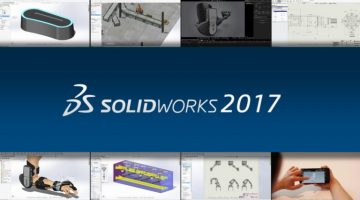