This is the second part of a series of three, a version of which has been published as one single article in the Canadian bimonthly Frontline Defence Magazine.

Only twelve nations were NATO’s founding members when the organization was created in 1949. Today that number more than doubled and exercises can sometimes gather up to fifty countries. In order to go from a common understanding picture to a common operational one, it is necessary to develop a common situational awareness and the key word here is « interoperability ».

Without the ability for the people, the process and the technology to work and talk together, there would not be an alliance and that is the strength – while at times the weakness – of such a unique organization, making it America’s remaining « number-one alliance »[1] as General Mattis, US Defense Secretary, recently referred to and despite last year’s presidential rhetoric.

« [Interoperability] is a rather young word created in the 1950’s, which did not become popular until the 1990’s. The reason is because we technically associate that word with technology and as we increasingly worked with computers, we found out that they were not working together », explains the man in charge of developing interoperability within NATO, Johan Goossens, head of the branch of technology and human factors at ACT[2]. « So how do we do it? How do we have the military of twenty-nine different nations do that same handshake ? », he purses, « First we look at what need to be interoperable, then how to make it so. We develop specifications and standards. We work with industries and test equipment in their infancy to see if they can operate together. We mostly focus on information systems as opposed to platforms. »

With the coming of « next gen » equipment, that distinction between systems and platforms however tends to be blurred and the challenge is to keep up with the progress realized among allies across the board to be able to keep doing that hand shake.

Such a paradigm shift worries General Mercier, who was Chief of the French Air Force before becoming SACT: « as a pilot I am indeed concerned when I see today’s exercises. In my Tiger Meet community[3], we used to share an enormous amount and that is what made us strong. Today, with the new systems, aviators fly together, but with less and less awareness of what their wingmen are able to do. Debrief comes, and pilots share what they did, but not why and how they did it. This is a potential catastrophe in terms of interoperability, as it is a matter of mutual trust. If we are not able to solve it within NATO, it will never work… So NATO has a lot of work to do! »

There are however at least three good reasons to remain optimistic – no matter how vast the challenge seems today to make 4th and 5th generation air assets work together seamlessly – and be able to maintain a common situational awareness in all areas as best as possible: 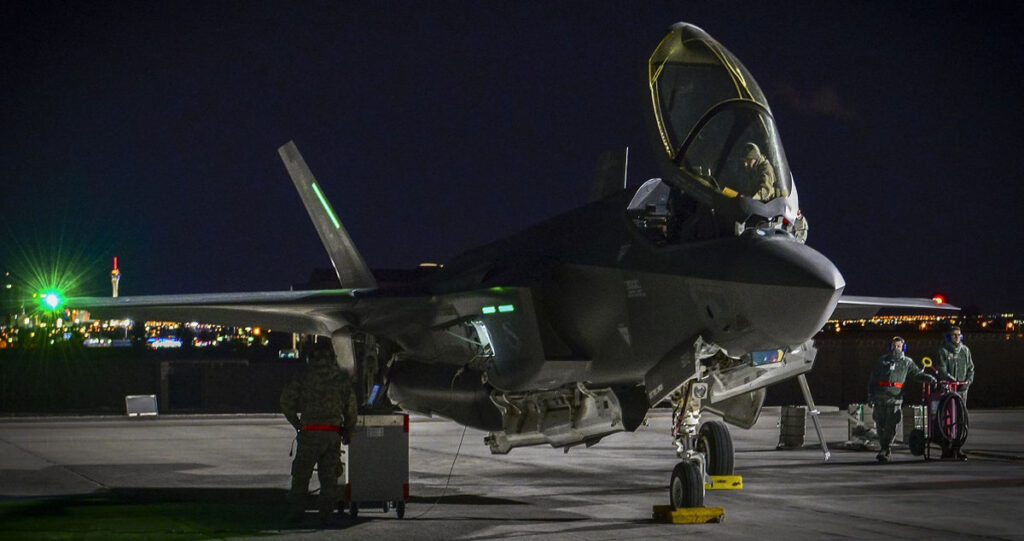 In fact, for NATO planners, the problem is today’s exponential speed of technological development – mostly coming from the commercial sector as opposed to the military one,  the way it was just two decades ago – and how to cope with such a trend by creating the appropriate framework for everyone.

For SACT, this raises the key (and next) question of  the acceptability level of technology by each NATO member…

[1] “[Just] to look around that room and see 29 nations all working together … you have to remember the fundamental strength of that alliance,” said General Mattis, as quoted in: https://www.defense.gov/News/Article/Article/1444956/mattis-heartened-by-nato-nations-increased-defense-budgets/

[3] Here is the origin of the NATO Tiger Meet according to its official website: « Following the wishes of M.Pierre Messner, the then French defense minister, the USAFE (United States Air Force Europe) 79th TFS (Tactical Fighter Squadron) took the initiative and on 19 July 1961 they invited No.74 Squadron Royal Air Force and EC 1/12 Squadron of the French Armée de l`air to Woodbridge in England. And so the Association of Tiger Squadrons was established to improve relationships between individual squadrons within NATO. Each of these squadrons had a Tigers’ head in their squadron crest. » (https://www.natotigers.org/origin-and-goals)

Next post AT NATO Transformation Command, the 3C's Rule (III)