This is the third  and last part of a series, a version of which has been published as one single article in the Canadian bimonthly Frontline Defence Magazine.

Being ready for the next battles and imagining new forms of combat beyond Maginot lines require to « bring tomorrow’s topics to the table »[1], and especially the tables where national political decision-makers meet. For General Mercier, one of ACT’s main missions is indeed to raise our leaderships’ technological awareness. There are two main reasons: one is that, first of all, no one is of course caught by surprise by an adversary’s potential breakthrough in developing or capitalizing on a new technology; secondly, the rationale is to ensure that each nation is comfortable with the set of rules framing the use of disruptive technologies, and in some cases new concept of operation generated by a specific innovation.

ACT has developed in the past seven years an « innovation hub », which mission is precisely « to monitor and master all topics related to disruptive technologies », explains Major Cedric Sauvion, Staff Officer in the Future Solutions Branch[2]. The idea has been to join forces with industry, academia, think tanks and so on, in particular via NATO Industry Forum  or NIF branded events, but also video conferences held on a regular basis with a large number of participants and experts. 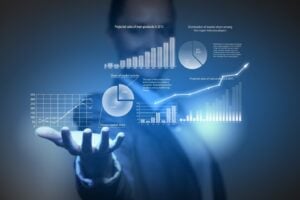 And, if there is one single issue to bring to the general attention, the Transformation Chief bets on Big Data: « Big data is THE strategic resource by excellence. It is everywhere. Why do we interoperability? In order to share data via connected systems. Why do we do cyber? To protect data as well as data exchange, and be aware of an attack, so that there is no doubt about the reliability and accuracy of the latter. But the real issue is how do we manage an increasing amount of data the human brain cannot process alone anymore: in other word, to which extent do we introduce artificial intelligence (AI) in our military digital architectures? That is, from my point of view, the key issue we need to address beforehand. And that is what our “Autonomy project” is all about, since I am not convinced every nation will accept the same level of AI », says General Mercier.

The shift from “data management” (i.e. “us managing data”)  to “data managing” (i.e. “data managing us”) and the human-machine teaming evolution brings a genuine deontological ethical debate to the forefront, already partially addressed a posteriori when the Obama administration used armed drones on a regular basis against terror groups provoking numerous voices of opposition in various parts of the world. Indeed, for François du Cluzel, CAPDEV/CEI/Future Solutions Branch, « what one has to be aware of is that all these technologies overlap with each other. When you speak about autonomy, you cannot envision it without artificial intelligence, since it is a means to an end to gain in autonomy. With big data, the goal is to: first, protect our data; second, access our adversaries’data ; and three, manage data flow to obtain a Big Data Analytics via AI precisely, which will ensure that we can access quickly the right and useful information and are able to send it to the right recipient. That is what is at stake. »[3]

Anticipating the impact of lethal autonomous weapon systems – already considered by many scientists as a « third revolution » in military affairs to be banned since no human being would be in the « OODA loop » dear to fighter pilots – is therefore rather urgent. Indeed this coming generation of « fast leaders » is already confronted with tomorrow’s challenge, since the systems already exist and have been used. 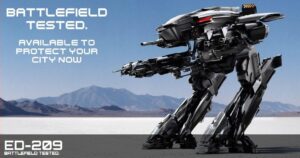 These systems can actually – if used appropriately – save lives in operations, while AI is a fantastic opportunity to improve responsiveness in drastic ways. For one thing, and as Bob Work recently stated, it is the optimal « alliance friendly offset strategy ». Because it is a great resource equalizer since algorithmic warfare is cheaper than conventional weapons, even small nations within NATO do not have to be left out from this warfare revolution.

Furthermore, it is already alleviating the previously discussed problem of gaps in security levels among allies, by demonstrating the fact that it allows them to work together by using various sources of intelligence with different levels of clearance. It has been the purpose of the last Unified Vision exercise, which is to be re-enacted this year and more generally of NATO’s Federated Mission Network. 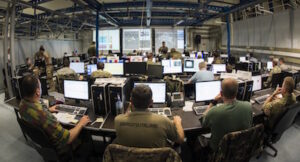 For General Mercier, « Unified Vision can be considered as the successful first trial of the Federated ISR NATO Transformation Command is thriving for. »  The same way NATO is said to be « interoperable by design »,  NATO Chiefs want to make it « Flexible by design », so that both the Command structure on the one hand, the nations’ armed forces on the other hand work closely together to face any type of military scenario thrown at them in the not so far away future. Technology seems to allow such a vision and that is the whole point of the command structure reform recently announced,