The ship is named for Sgt. Rafael Peralta, U.S. Marine Corps, who was deployed to Iraq in Operation Iraqi Freedom and was killed November 15, 2004, during the Second Battle of Fallujah in house-to-house urban combat at the age of 25.

A special steel plate containing the initials of Rosa Peralta, Icela Peralta Donald, Karen Peralta and their brother, Ricardo Peralta, was prepared for the ceremony. Rosa Peralta and her daughters authenticated the laying of the keel by striking welding arcs onto the steel plate, assisted by Bob Morey, a 36-year Bath Iron Works welder.

The keel unit is the 3,000-ton, heavily outfitted mid-section of the ship which contains its main machinery spaces, and is the “heart” of the ship. The unit is roughly a third of the entire ship, and was moved from the shipyard’s Ultra Hall construction facility earlier in the month onto the building ways.

“Thank you all for being here today,” said Karen Peralta. “As I see the pieces of the ship coming together, I see my brother coming alive, spiritually.”

Ed Kenyon, DDG 51 program manager for Bath Iron Works, hosted the ceremony and welcomed the audience of several hundred employees, Navy personnel and representatives from other major subcontractors in the program.

“While this keel-laying marks an important step in our construction process, we are focused today in welcoming the Peraltas as the newest members of our Bath Iron Works family. Mrs. Peralta, Karen and Icela, we are honored to have you here, and stand in deep appreciation of your son and brother’s ultimate service to our nation,” Kenyon said. “Over the coming months, we will continue to build the Rafael Peralta with knowledge and expertise honed over the decades. She will be a true and steady vessel and will reflect the spirit of her namesake.”

Bath Iron Works also plans to celebrate the start of fabrication of Daniel Inouye (DDG 118) on Oct. 31, in a short ceremony at the company’s Hardings facility in West Bath. DDG 118 is also an Arleigh Burke-class guided missile destroyer. This ship is named after the late Sen. Daniel Inouye of Hawaii, who was awarded the Medal of Honor for his actions in Tuscany, Italy, during World War II. When Hawaii became the 50th state in 1959, he was one of its first representatives in the U.S. Congress, and was elected to the U.S. Senate in 1962.

The Arleigh Burke-class destroyer is a multi-mission combatant that offers defense against a wide range of threats, including ballistic missiles. It operates in support of carrier battle groups, surface action groups, amphibious groups and replenishment groups, providing a complete array of anti-submarine (ASW), anti-air and anti-surface capabilities. Designed for survivability, the ships incorporate all-steel construction and have gas turbine propulsion. The combination of the ships’ AEGIS combat system, the Vertical Launching System, an advanced ASW system, two embarked SH-60 helicopters, advanced anti-aircraft missiles and Tomahawk anti-ship and land-attack missiles make the Arleigh Burke class one of the most powerful surface combatants ever put to sea. 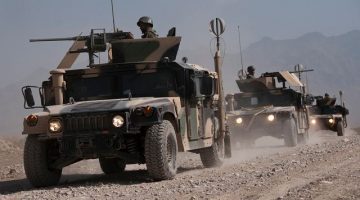