Arnaud Danjean : Implications of the French Strategic Review on EU defence and security On April 10, the French associations EuroDéfense France and Union IHEDN held a joint conference with Mr. Arnaud Danjean, member of the EU Parliament, President of the EP subcommittee on security and defence (SEDE) and President of the Strategic Review committee, as speaker. Mr. Danjean provided in-depth analysis of the impact the French Strategic Review (Revue Stratégique) could have on EU defence and security.

The Strategic Review, launched in October 2017, gives a central role to international defence cooperation. On the one hand, this had been an explicit request by President Macron, on the other – as Mr. Danjean explained – such central role is coherent with global trends in defence and security. As states are unable to face today’s threats alone, defence cooperation (within organisations or coalitions) is necessary. However, its central role is usually neglected. Since cooperation could negatively affect ambitions, it is frequently considered as last resort, or – even worse – as a tool to mitigate a failure. Mr. Danjean notes that this is particularly true for France due to its institutional structure. For instance, the French constitution provides the President with the power of approving  military intervention and establishing objectives. Instead, European allies need national parliament approval before each intervention, with heavy consequences on timing and effectiveness.

This notwithstanding, the Strategic Review tries to reaffirm the importance of cooperation, and identifies the three cooperation stages deemed crucial for France.

First, EU countries perceive the Nord-East and the South-West flanks as incompatible. On the one hand, it is undeniable that the threats they pose to EU defence and security changes over the time. On the other, EU debates appear too polarised on the issue, slowing down cooperation. In fact, different perceptions amongst EU countries do not allow for identifying common threats, thus inhibiting every form of common response or reaction. France and Germany are working to eliminate this attitude, but the task is particularly complex. Mr. Danjean stressed that voluntarism, clear thinking, and pragmatism should be put at the core of EU defence cooperation.

Second, EU countries do not share the same idea of how EU defence cooperation should be shaped. As PESCO demonstrates, defence cooperation is being build-up as inclusive and capability-oriented – with a limited operational impact. This means that EU solutions are not the best ones in military terms, but the most politically shared.

Conversely, France would have preferred an exclusive, yet operationally oriented integration, which would have been backed by Northern countries, but not by Southern ones.

According to Mr. Danjean, an efficient EU defence cooperation should be based on ambition, intended as being capable of evaluating and assess risks, and of intervening by force when needed.

Mr. Danjean highlighted that EU defence cooperation should not be taken for granted despite the remarkable political steps taken in the last two years. Per the differences expressed above, EU cooperation is shaping up as modest (because derived from compromises) and, maybe, short-lived. In fact, a number of measures (e.g. funds) are expected to enter into force after 2019 elections. If the EU countries will not maintain their current political willingness, the efforts made to strengthen cooperation could still be reversible, as happened so far. 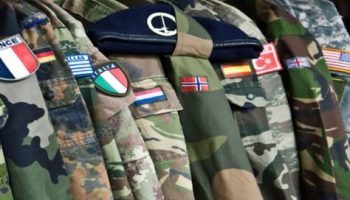