China and Its Neighbors : Learning from Putin ?

China has apparently become far more aggressive about its legal authority and its power projection in relations with neighboring countries, particularly in the China Seas. China has apparently become far more aggressive about its legal authority and its power projection in relations with neighboring countries, particularly in the China Seas. Friction with Vietnam has converged in the Chinese placement of an energy exploration platform in waters, which Vietnam claims as its sovereign territorial zone. The number of Chinese Coast Guard and PLA naval vessels accompanying this energy platform suggests Chinese government assertion of territorial and military authority.

Ramming and sinking a Vietnamese fishing trawler at 17 nautical miles distance from the platform was clearly meant to emphasize Chinese determination to assert authority over a broader geographic area.

Why confrontation with Vietnam ?

The answer partly lies in history of China-Vietnamese tense relations, partly in China’s determination to extend its power projection, and partly as a warning to other nations in the South and East China Sea that China is prepared to act as a belligerent.

Vietnam is not part of any security treaty with other nations, and is therefore a convenient target for Chinese bullying, without likely countermoves by other nations.

The Chinese PLA also covets establishment of surveillance facilities in the East China Sea, and has spoken publicly of the need for sudden, sharp conflict with neighbors to restore Chinese territorial rights. One reason is that Chinese AWACS capabilities are limited, and the PLA wants radar surveillance on the opposite side of the China Sea so as to permit total surveillance over the region as a whole.

China’s announcement of the ADIZ a few months ago was part of this new assertiveness of the PLA in areas remote from China. There are other signs of Chinese shift to further extensions of capability and power, such as attempts to negotiate facilities in Greenland, and intensive Chinese activities in connection with Sri Lanka. Chinese efforts to build icebreakers indicate clear intention to extend Chinese transportation security in the Northwest (cross Arctic) Passage.

A question hangs over Chinese intentions, and that is whether this new power projection is primarily driven by the PLA or whether it is part of the design of the Chinese Politburo and Standing Committee of the Communist Party. President Xi has already succeeded in reforming and reconfiguring the power structure of the Party, the Politburo, and the Standing Committee. He has set in motion state charges of corruption involving the Head of State Security, along with many relatives and business relationships.

However, reform and reconfiguration of the PLA leadership is still at an early stage. It is not clear how difficult a power struggle may be involved. However, it must be kept in mind that the PLA does not report to the Politburo or Standing Committee, but only to the Military Committee and the President. Within that framework, it is not known how much discretion is permitted PLA generals to carry out “routine tasks.”

It is doubtful the Chinese leadership wants prolonged violent conflict with any other nation, but it is unclear whether short, sharp military conflicts might be sought or found useful by the PLA in establishing the geographic extent of its power projection – and the commensurate challenge to the US and Indian Navies (and possible Japanese SDF) in their planned areas of potential operation in the future.

Putin’s various maneuvers with regard to US foreign policy responses are likely having impact on Chinese perceptions of US possible responses to greater Chinese assertiveness in its neighborhood. Growing indications of Chinese eagerness to “test” the boundaries of President Obama’s foreign policy tolerance led to pressure on the President to make a major foreign policy address at West Point in May.

Unfortunately, the recent Presidential statement of his foreign policy was narrowly focused on short-term, practical objectives, particularly on threats of terrorism, and on limits to projection of US military power in faraway places. Most of the traditional Washington foreign policy community of experienced diplomats and security officials were disappointed in the narrowness of the Obama statement.

Notably, important personalities close to Hillary Clinton have been publicly critical of the Obama statement.

Thus, it can be said that Washington is still in transition in seeking redefinition of its global leadership role. As November elections come closer, domestic politics will become more dominant, and foreign affairs will likely have limited attention.

Rebutting Mr. Hagel’s remarks, offered in a speech Saturday at the Shangri-La Dialogue, a regional security summit in Singapore, Maj. Gen. Zhu Chenghu told The Wall Street Journal that the charges are “groundless” and that “the Americans are making very, very important strategic mistakes right now” in their approach to China.

Gen. Zhu, who is a professor at China’s National Defense University, accused Mr. Hagel of hypocrisy in his assessment of the region’s security landscape, suggesting that in his view “whatever the Chinese do is illegal, and whatever the Americans do is right.”

Rather than lecture and accuse China, Gen. Zhu said that the U.S. “should treat China as an equal partner, instead of as an enemy.”

As a two-star general—and a military academic—Gen. Zhu isn’t part of China’s senior military leadership. But his views reflect the deep sense of mistrust within some parts of the People’s Liberation Army toward the Obama administration’s “pivot” to Asia, and America’s true intentions toward China. China didn’t send its top-level defense officials to the Shangri-La gathering, instead relying on a number of English-speaking academics and PLA officers to rebuff accusations against Beijing.

Dr. Harald Malmgren is a recognized expert on world trade and investment flows.

He began government service under President Kennedy as an adviser to the Secretary of Defense. Under President Johnson he became the first Assistant US Trade Representative. He left government service in 1969, to head research at the Overseas Development Council, and to serve as adviser to the U.S. Senate Finance Committee. At that time, he authored International Economic Peacekeeping, a guide for negotiations on trade liberalization during the 1970s and 1980s. In 1971-72 he also served as principal adviser to the OECD Secretary General and as a senior adviser to President Nixon on foreign economic policies. President Nixon subsequently appointed him the Principal Deputy US Trade Representative, with the rank of Ambassador. In this role he served Presidents Nixon and Ford as the US chief trade negotiator.

In 1975 Malmgren left government service, and was appointed Woodrow Wilson Fellow at the Smithsonian Institution. Since 1977 he has been adviser and strategist for international corporations, banks, investment banks, and sovereign wealth funds. He has also advised finance ministers and prime ministers of a number of governments around the world. Over the years, he has continued writing on economics, markets, and public policy. He also serves as Chairman of the Cordell Hull Institute in Washington, a private, not-for-profit “think tank” which he co-founded with Lawrence Eagleburger, former Secretary of State.

About the Author Harold Malmgren 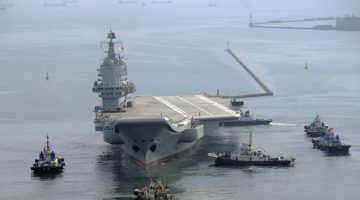