When a UN peacekeeping force is deployed in battle, what are the UN’s responsibilities in terms of the post-combat clearance of unexploded ordinances (UXOs)? According to Antonio Garcia, the answer to this question is insufficiently clear, even though it has taken on much greater significance since the introduction of UN tactical offensive operations. He also contends this means that even when such operations are achieving their tactical aims on the battlefield, they may be creating humanitarian hazards for local populations and increasing the threat of the proliferation of improvised explosive devices.

This article was originally published by the Small Wars Journal on 8 August 2017.

Sustainable UN Peacekeeping Offensive Operations: UXOs, ERW and IEDs
This essay explores the themes of United Nations (UN) peacekeeping offensive operations and Unexploded Ordinance (UXOs), Explosive Remnants of War (ERW) and Improvised Explosive Devices (IEDs). As the character of conflict changes, there is an increased international focus on IEDs. The traditional threat of ERW has been further complicated by the preponderance of IEDs in war-affected countries. The UN is thus adapting its conventional approach in dealing with mines and UXOs to the complexities of asymmetric warfare where IEDs have increasingly become the weapon of choice for non-state actors. Earlier this year, United Nations Mine Action Service (UNMAS) celebrated its 20th year anniversary as the lead UN agency addressing the scourge of mines, and UXOs. The Security Council and UN Department of Peacekeeping Operations (DPKO) has also taken novel approaches in combating spoilers with the deployment of the Force Intervention Brigade (FIB) as the first strategically mandated offensive peacekeeping force. This essay discusses the interrelation between UN peacekeeping offensive action and the creation of UXOs and its potential effect on local populations and existing humanitarian crises and adds tactical and strategic analysis.
The evolution of modern United Nations (UN) peacekeeping has resulted in a variety of complex operational situations with differing intensities of conflict. The use of force or the threat thereof to counter rebel groups and spoilers remains a fundamental part of peacekeeping, peace enforcement and prevention. The UN has adapted to changes in the operational environment with a number of innovations of which the deployment of the first offensively mandated force, the FIB, indicated a firm strategic resolve from the Security Council. The robust stance of the UN peacekeeping missions in Mali and the Central African Republic are also indicative of such approaches as well as the support role, which the UN has taken in the African Union mission in Somalia. This piece links the effect of tactical offensive operations to the further creation of ERW which may increasingly contribute to humanitarian crises.
The use of force is not new to peacekeeping, especially not in the Democratic Republic of the Congo (DRC) where heavy tactical action was seen during the Congo Crisis in the 1960s as well as during the mid-2000s in Ituri and in and around Sake inter alia. The FIB’s tactical victory over the M23 was another notch on the belt for the militarists in the UN, however the attempt at offensive action did not translate into any effective operation against the Democratic Forces for the Liberation of Rwanda (FDLR). Furthermore, the ineffective Disarmament, Demobilization and Reintegration (DDR) of the M23 and FDLR failed to capitalize on the gains made and may have second and third knock-on effects, the extent of which remains to be seen.
The FIB operations made use of attack helicopters and ground forces, which in combination used artillery, rockets, mortars, grenades and small arms amongst other weaponry to attack and neutralize the M23. The ERW and UXOs, which resulted from the various operations, were never effectively cleared. Reports from FIB Explosive Ordinance Disposal (EOD) operators indicate that some attempt was made at clearing UXOs. However the complete clearance of the battlefields/areas of combat remains in question. As a result, in subsequent years, munitions from the previous combat were still found in and around Munigi, Kubati hills and Rutshuru. Reports from non-FIB EOD teams which deployed with UNMAS in 2015 indicated a considerable number of UXOs which were unmarked in the general area. Such ERW were brought to the attention of UNMAS through the local population and were addressed on a case by case basis.
The question is thus posed, when a UN offensive force is deployed in battle, what are the UN’s responsibilities in terms of the post-combat clearance of UXOs? Should a combined UN force and UNMAS EOD team declare a given battlefield free from explosives following such combat? (…)

IED attacks are increasingly being applied in peacekeeping operations, posing a considerable threat to the local population and UN peacekeepers.
There is perhaps nothing which strikes more fear into the hearts of TCCs than the threat of IEDs. For a nation at war, the threat of IEDs are a regular occurrence and the death and injury caused by such weapons are part of the damage associated with the ultimate sacrifice of war. Peacekeeping in its many forms, is different to war fighting, and there is a much lower national will and appetite for losses in peace operations. While IEDs are used as a means to achieve military and other ends there are also more neutral explosive threats in mission areas. ERW, mines and UXOs which often exist as the legacy of high-intensity operations, still pose the greatest non-prejudiced threat to local populations. In this regard, UXOs pose a particular risk to children who often come into contact with them, do not understand their danger, and play with them mistaking them for toys.
With the evolution of peace missions UN forces have come into contact with more sophisticated armed actors and we have seen the manipulation of UXOs which are subsequently developed into IEDs. The DRC has had an increase in IED attacks over the last few years and one such device was detonated in Goma in 2016; there has been a considerable number of IED attacks in Mali and Somalia to only mention a few missions. This is a clear indication of the growing threat of such devices to peacekeeping operations. This threat is magnified by the availability of UXOs which can be modified into IEDs and should be seen as a growing potential security challenge. In this regard the UN is obligated to ensure that following conventional operations, all battlefields are cleared of munitions. This will prevent the knock on effect of ERW modification into IEDs. In the grand scheme this can be regarded as a minor point however it is important in creating a culture of sustainable peacekeeping operations. (…)

*** Antonio Garcia is currently a visiting scholar at New York University’s Center on International Cooperation. He is a former senior officer in the South African Army and has previously served in two UN peacekeeping missions. 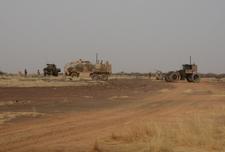 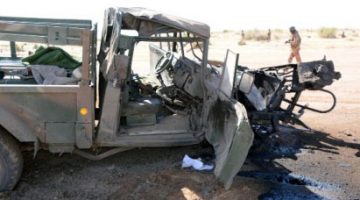 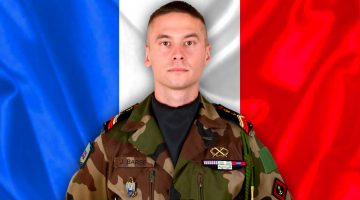